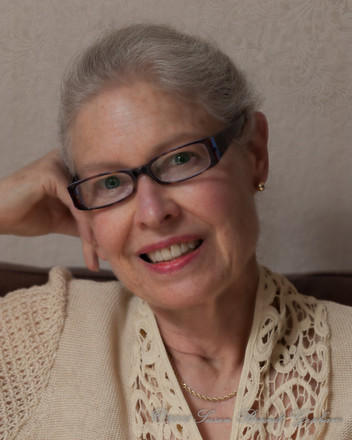 As a photographic artist, I use photography to examine diverse aspects of life. By training, a social anthropologist (PhD) and board certified Obstetrician and Gynecologist (MD), I have a wide range of interests that find expression through photography. My current projects are conceptual portraiture, as expressed in the "Persephone's Choice: Every Woman's Dilemma" series, and nature/science in perception of color, expressed in the "Seeing Color Colorblind" series.
Please visit my Amazon Page to see my latest works, "Persephone's Choice: Every Woman's Dilemma," and "Seeing Color Colorblind" in Kindle format.

Even growing up in Norman, Oklahoma, I knew “my soul resided in the light of the Southwest.” Given a Kodak Brownie at a young age, I worked my way through a variety of cameras. My current digital camera of choice is the Canon 5D Mark II.

Formally trained in Anthropology (Univ. Okla., Univ. Chicago, Ph.D. Univ. Arizona) and Medicine (M.D. Univ. Kansas; Ob/Gyn Residency, Univ. New Mexico), I have been a Gynecologist in private practice in Albuquerque since 1989, retiring in the summer of 2011. I have published papers in peer reviewed journals in both Anthropology and Medicine.

An American Rose Society Accredited Rose Judge and Rose Arrangement Judge Emeritus, I developed a serious interest in photographing roses I judged at rose shows. I bought my first digital camera in 2004, a Nikon Coolpix 4300, specifically to carry in my purse for that purpose. One thing led to another. I started the committee and served as the first Chair of the Pacific Southwest District Photography Committee of the ARS, 2008-2012. I was a member of the American Rose Society Photography Committee from 2012-2018.

A need to learn digital photography led me to UNM Continuing Education’s Digital Arts Program, from which I holds certificates in both Digital Photography and Web Design.

With retirement from a busy Ob/Gyn practice comes time for reflection. I now focus on conceptual portraiture and photo-essays (e.g. "Persephone's Choice: Every Woman's Dilemma), and exploration of phenomena that have intrigued me for years (e.g. "Seeing Color Colorblind," dedicated to my son and father). 2020 projects underway include "Pain Management 2020" and "Covid-19."

Visit my Amazon Page for a look at my Kindle e-books, "Persephone's Choice," and "Seeing Color Colorblind."

"Listening Intently" from my series "Telemedicine 2020: Just Doing It At 100"

"Corona: It's All About the Light" Online Exhibition

"One Size Fits All: Weaponizing Pain Management;" "Benzo Withdrawal: But I Took It as Prescribed;" and "You Can't Make This Stuff Up: Pain Clinic Rules"

Two images from my series "Pain Management 2020" were juried into the show:

"One Size Fits All: Weaponizing Pain Management" and "Benzo Withdrawal: But I Took It As Prescribed"

"You Can't Make This Stuff Up: Pain Clinic Rules" from my series "Pain Management 2020"

April 2 - 24, 2016
Insight New Mexico, juried show for New Mexico women photographers
From Persephone's Choice: "My Fate, By Choice" and "By My Choice, Free as a Bird"

October 2011
The following photographs won awards in the overall Pollux Awards for 2011:
"Child of My Dreams," "Monsoon Skies-Turmoil," "Instruments 3," and "New Life."
These were chosen from 20,320 images received from 72 countries, in six monthly contests, from which the final winning images were chosen.

September 2011
Photograph of a spray of the miniature rose "Cinnamon Delight," chosen to appear on the cover of the 2012 Calendar of the Albuquerque Rose Society.

August 2011
Photograph of a spray of the miniature rose "Cinnamon Delight," chosen to appear in the 2012 Calendar of the American Rose Society.

July 2011
Susan's images "Instruments 3" and "New Life" were awarded in the July Contest of the 2011 Pollux Awards.

July 2011
One of 274 images awarded out of 8420 images submitted from 70 countries for the competition Portraits and People 2011. Susan's image "Thomas" received Honorable Mention.

May 2011
Susan's image, "Child of my Dreams," received Third Place in Digital Manipulation for the May contest of the 2011 Pollux Awards.

May 2011
One of 186 images awarded out of 9280 images submitted from 57 countries for the competition Best Shot.
Susan's image "New Life" received Honorable Mention.

April 2011
One of 82 images awarded out of 6840 images submitted from 42 countries for the competition Beauty Around Us. Susan's image "New Life" received a Merit Award.

March 2011
One of 158 images awarded out of 7560 images submitted from 57 countries for the competition, Portrait and People.
Susan's image "New Life" won a Gold Award.