BORDER CELEBRATIONS: PEOPLE AND THE POLITICS OF IMMIGRATION

The Hispanic population in New Mexico is a vibrant community. Many families can trace their roots back to the arrival of the first Spaniards here, while others are more recently arrived. Many have relatives in Mexico. This is, after all, a border state.

Some of the celebrations found in Mexico can also be found in New Mexico. They are colorful and alive, and fun to photograph. But some of the celebrations also provide a fascinating look into the politics of life in a border state, with implications for politicians who are now discussing immigration policies. "Latinos," the current word of the day in Washington, encompasses many diverse groups who may have very little in common. Any meaningful immigration reform will need to acknowledge these differences, to say nothing of other non-Latino groups.

One of the really fun border celebrations in New Mexico is the Day of the Dead celebration.

El Dia de los Muertos  (literally “the day of the dead”) began in Mexico centuries ago, as a blend of Aztec traditions and superimposed Catholic rituals. It is neither sad nor morbid. It is a reflection on and celebration of life itself, as the dead are remembered and their spirits welcomed back with special foods at ofrendas (offerings) made especially for the celebration. The spirits are traditionally guided to their homes with marigold flowers. It is not a Mexican version of Halloween, although it occurs immediately after Halloween in the US. 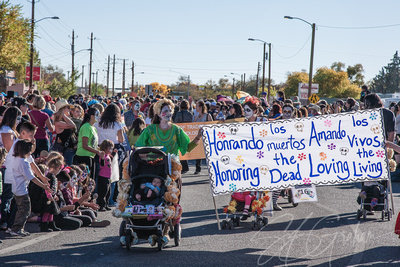 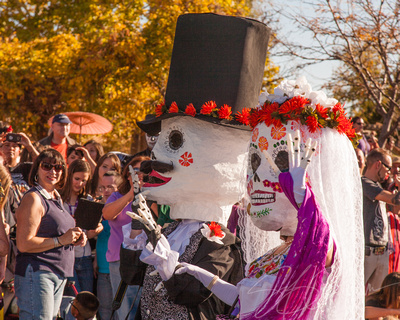 Until quite recently, New Mexico has openly been a “safe haven” state. Many residents consider “the border” to be an artificial construct, an inconvenience more than a reality, separating people, friends, and family. El Dia de los Muertos is celebrated in Albuquerque, the state’s largest city, with a parade in a large Hispanic enclave, the South Valley. The parade itself here is called Muertos y Marigolds (“The Dead and the Marigolds”). Participants, as well as many casual observers, paint their faces in very stylized ways to resemble skulls of the dead. Colorful representations of marigolds are seen everywhere. It is a joyful event.

The 2012 parade was held November 4, two days before the US Presidential election. In the not-too-distant past, New Mexico was considered a “purple state.” In large part because of immigration policy differences between the two major parties, New Mexico is currently considered a solid “blue state.” The 2012 parade had the typical celebratory floats, costumes, and face painting. But this parade also had a decidedly political edge to it. Participants peacefully and humorously spoke volumes about issues that had led to confrontations in other US cities in 2012.

These images document “Honoring the Dead, Loving the Living,” hope for “Love and Peace,” and a side of politics New Mexico style, 2012.

Susan will continue to document photographically these wonderful "border celebrations."

Politicians who seek the vote of New Mexicans would do well to pay heed to the political messages often seen in the border celebrations. 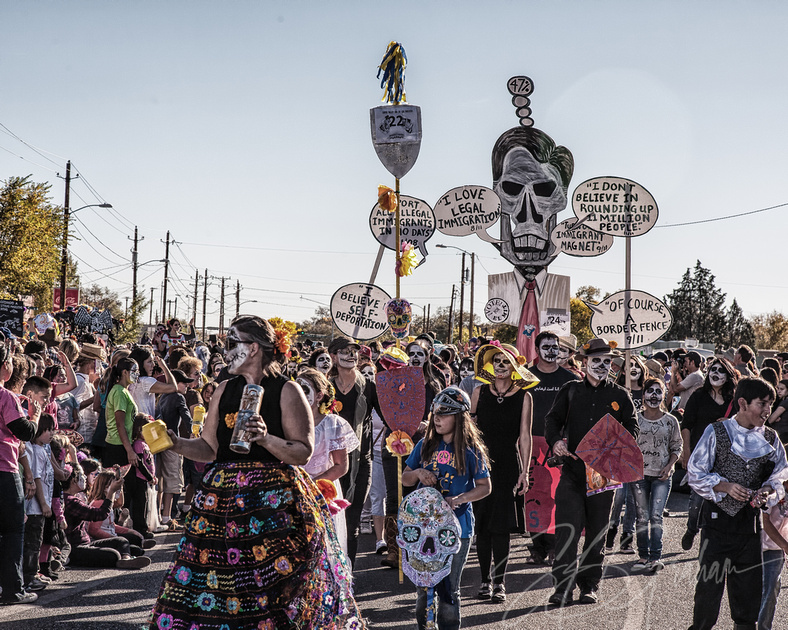