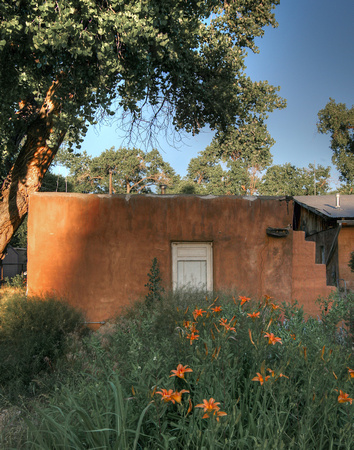 This project documents the gradual disappearance of adobe dwellings in New Mexico, as this building material for homes, typical of the area for centuries, loses its relevance in the 21st Century.

Adobe, made of earth and organic material such as straw, and then formed into bricks which are sun dried, is found worldwide and has been a typical construction material in the Southwest United States, including New Mexico, for centuries. Some of the well known adobe landmarks in New Mexico include Coronado State Monument; the Palace of the Governors, the oldest continuously occupied public building in the United States; and many of the historic churches, such as the Old San Ysidro Church in Corrales. Adobe structures recognized as historically important are being maintained through governmental support or by a community effort, such as the annual “mudding day” at some of the historic adobe churches.
Adobe has been a “dirt cheap” construction material for homes as well as for public structures, and these adobe dwellings have given New Mexico communities much of their character. But adobe is a high maintenance construction material. Because adobe bricks are sun dried and not fired, they are unstable, shrinking and swelling with changing water content. Adobe requires constant and time consuming  maintenance and repair, if it is not to wash and/or blow away.
Regular maintenance was not a problem when daily activities of life were close to home; it was simply a part of life. With urbanization and the growth of jobs away from the home, maintenance becomes a chore for which there may be little time, energy, or money.  Without constant and regular care, the adobe dwelling deteriorates, and is eventually abandoned.
Abandoned adobe dwellings dot the landscape. Either by natural forces or demolition, the dwellings are disappearing. Because builders are now using materials that simulate the old adobe, the casual observer may not be aware that the true adobe dwellings are disappearing. This project documents some of these adobe dwellings before they disappear completely. 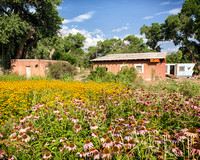 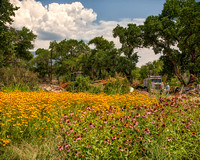 More images and stories from the project can be found here.

February 16, 2013: I am pleased to note that two images from this project received the honor of Nominee in the 6th Annual Photography Masters Cup. 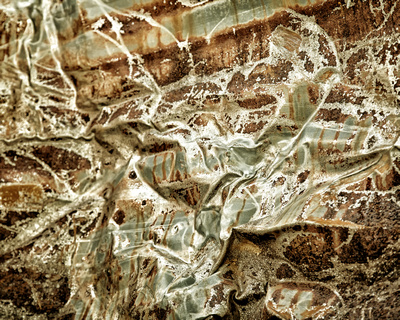 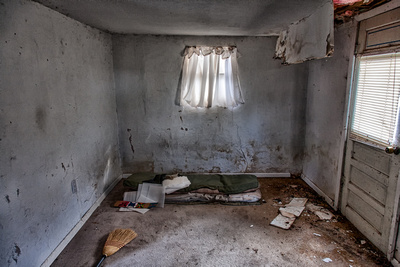 Both of these images were taken in August of 2012 as part of The Adobe Project.