Thank you for your patience while we retrieve your images.

This photograph was taken during Monsoon season in 2009. Unlike the overwhelming majority of clouds near sunset, these clouds were blue. The sky was extremely turbulent. One person was killed by a lightening strike that evening. I've not seen a sky quite like it again.
Exhibited at the 2012 Insight-New Mexico Show, Albuquerque.
Exhibited at the 2012 Worldwide Photography Biennial Exhibition, Buenos Aires, Argentina
Exhibited at the 2011 Corrales Fine Arts Show, Corrales, New Mexico
© Susan Brandt Graham 2009-2021, All Rights Reserved 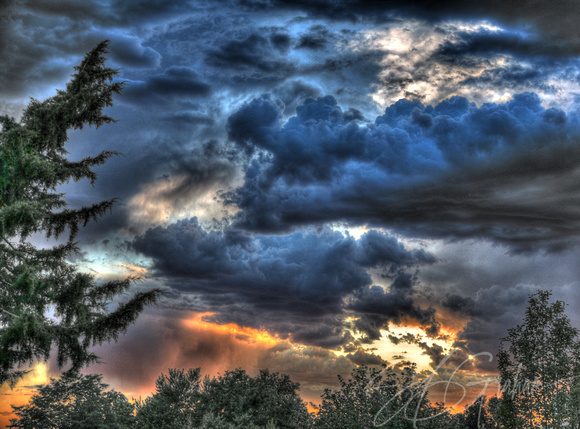